Jasmine Hemsley on Ayuvedic living and her morning rituals

She is probably most recognized as one half of the massively influential healthy-living chefs and wellness advocates Hemsley+Hemsley, but Jasmine Hemsley is a wellness powerhouse in her own right.

She was recently in Dublin for the Thrive Festival in the Dublin Convention Centre where she gave a talk on Ayurvedic living, which is the basis of her latest book East by West.

We had the chance to catch up with her for a quick chat, but we could have stayed all day. She’s an incredibly warm, down-to-earth woman with a passion for healthy living and sharing her knowledge with others.

How did a healthy lifestyle become a career?

Cooking from scratch and healthy eating was part of Jasmine’s life from childhood. As she got older she found that many of her friends didn’t know how to cook and as she says, “cooking is such a vital skill for a human to be able to create food for themselves and their loved ones. You don’t need to be a chef”.

Jasmine had a moment of clarity which was a pivotal point in her path to the career she has today. “All of a sudden I wanted to tell people ‘We’ve got to eat home-cooked food, we’ve got to look after ourselves and we’ve got to get back in the kitchen.'”

She felt so passionate about this it was then that she began to run supper clubs for friends, which started to organically grow while she had a full time modeling career.

Around the same time she also carried out what she calls “cupboard colonics” for people that she knew. She would go into a person’s house and replace the products in their cupboards with healthier and more nutritious alternatives – table salt for real salt, sweeteners for something more natural.

This became almost an “underground service” until one day she was hired by her first private client. It was then, once she got paid by her first client, that her career in the health world really began.

She quickly became very busy as she was juggling her modeling career with this new line of work. Getting her sister Melissa involved, the empire that is Hemsley + Hemsley was born!

Things started to move fast. They started blogging for Vogue, launched a book, opened a café and did a TV show all in one year. Safe to say her career in health was well and truly established now!

We met her partner of sixteen years, Nick Hopper, who was in Dublin with her and has been a massive supporter of her career. They have been together since before Hemsley + Hemsley came to be, which he is a co-founder of, and she credits him with coming up with the name. He is also a talented photographer in his own right and clearly an incredibly positive influence on her and her career.

“Nick was helping me to do this because we had been on this journey together ourselves”, she says. She would be going to a client’s home at 5 or 6am helping them change how and what they ate all the way down to changing their type of pillow they were using to the toiletries they were using – from chemical ones to more natural ones.

From there she would head off to do a full day of modeling, to then return to the client where she would help clean up and work some more. A very hands-on health overhaul. At this time “Nick was at the other end of the phone ordering stuff and making bone broth at home”.

We also asked about working with her sister and what was the best thing about it. She was very quick to say support. “Being able to support each other when you’re doing things like a book tour!”

When asked for a simple explanation of the life philosophy of Ayurveda, Jasmine says there is not enough time in one day to explain this ancient way of living fully. However, she went on to tell us that it’s a manual for living well in life and listening to what your body needs.

“Ayurveda has been influencing my life over the last 20 years bit by bit. It wasn’t a big ‘oh my god, I found the answer!’, but more like ‘I don’t know what a mantra is’ or ‘what a chakra is.’” Soon, she realised eating early makes sense, and that she feels better when she has her main meal at lunch time. These kinds of practices tie in with Ayurveda.

“What we say in Ayurveda is you have a fire, that’s our digestion, fire is metabolism. And that fire you want to keep nice and lively. You don’t want it to burn too much, that’s the kind of digestion where you put stuff in and it goes straight through you. On the other side, even more common a problem is that our fire isn’t firing enough.”

Soon, she realised eating “a warm light breakfast coming into the day” makes sense, and that she feels better when she has her main meal at lunch time. “Our fire is at it’s strongest in the middle day, so it’s the best time to have your main meal of the day….or raw food.” Dinner should be lighter and earlier “Just like our grandparents who had supper at 5.30pm or 6pm.” These kinds of practices tie in with Ayurveda.

“It’s difficult because society is not really supporting [this approach]. It’s going to take a big shift for society to get it. I’m sure, considering now that no one walks around with a plastic bag, nobody’s smoking, that it’s easy if we all just pick up this tip that we’ll go back to that old fashioned way of eating lighter and earlier in the evening and then also we have a bit more time with our families.”

In her book she covers what Ayurveda is as a medical system, as a philosophy for life, the basic principles of Ayurveda and backs it up with plenty of practical advice and tips on applying it to a modern life. The book is, of course, also bursting with amazing plant-based recipes.

She explains how it is a holistic approach of listening to your body to help keep things in balance and also keeping in sync with what’s going on around you. Something as simple as drinking warm water instead of cold to keep your digestive system working well or considering the impact a stressful situation has on digestion. But it urges that we also consider the world around us and to live in harmony with that.

The morning rituals she can’t live without:

Get the Glow: Madeleine Shaw's tips for Young Mums 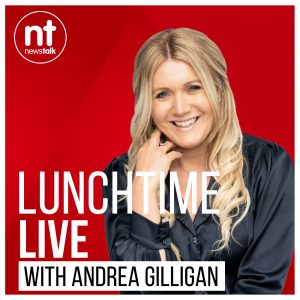 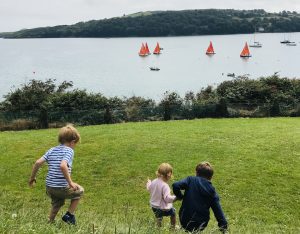 12 Things To Help Keep You Healthy This Summer

Any cookies that may not be particularly necessary for the website to function and is used specifically to collect user personal data via analytics, ads, other embedded contents are termed as non-necessary cookies. It is mandatory to procure user consent prior to running these cookies on your website.